The evolution of technology has enhanced almost everything. It is an advanced technology that gave birth to the technological concept of animation, it can do wonders in the entertainment sector. Animation has long been used in video games and motion pictures. It changes the way things are conveyed in smart applications.

What are 3D models?

3D models are refined representations of three-dimensional images and presentations. They are objects that are used as mathematical representations to portray real-world visuals. They can conceptualize visuals in a smart way for entertainment and marketing. 3D models are often used as an important source for virtual reality, animation, marketing, printing, video games, and motion pictures.

When 3D models are used to create animation, they require fine construction. This involves a rich and defined process. Sometimes smart software is also used to create wonderful 3D models.

What is 3D modelling?

3D modelling is the process of using 3D objects to represent a character or a physical body. In the process of three-dimensional modeling, mathematical-based coordinates are used to represent the surface of any object. This can be done using advanced software that could effectively manipulate the edges and vertices of the object in a 3D space.

The 3D modelling also involves defining the action and movement of the 3D objects and physical bodies by connecting various entities of geometry in a 3D space. Further, texture and mapping can be added to the models to achieve a perfect 3D animation scene.

What is 3D animation?

Often 3D modelling is used in animation to achieve a perfect application. 3D animation may use computer graphics and software to add realistic representations to 3D objects. When animation is added to 3D objects, it seems to be doing actions in a real three-dimensional space.

In the process of animation often software is used. With this software, 3D objects are first created and later their actions and motions are defined to ensure a perfect virtual representation. Using the advanced techniques, 3D objects seem to be moving in the real world.

How 3D modelling is used in animation?

Gone are the days when video games were designed by 2D animation, today’s world is of 3D. Almost all games developed today rely on three-dimensional animation. Many motion pictures also trust 3D rendering for achieving the best outcome of the movies.

While you are into animation, you cannot skip 3D modelling. It is an essential part of animation now. 3D modelling helps define the actions and movement of objects included in an animated picture. When movement and actions are to be achieved in any animated scene, modelling helps define the internal working of objects. With the help of enhanced 3D models, internal structures can be created. It then helps decide its fluid movement that helps achieve realistic moving structures.

The movement and action of any object externally depend on the internal structure of the model and this is easy to define with 3D modelling. Animation makes everything move just like the real world. When objects resemble the real actions of the characters only then will look real and appealing. With the help of 3D modelling, it is easy to mimic real actions.

3D modelling in animation is a three-step process and the following are the processes:

1. Idea generation
The process of creating an idea on the basis of which animation will be done can be termed idea generation in 3D animation. This involves the process of generating the concept of an idea whether abstract or visual.
2. Story creation
Whether it is a video game or animated movie, a 3D animation will succeed only if it has a good story. Animation can be formulated only once a story is created.
3. Scriptwriting
After a story is formulated, the next essential step is to write a formal script on the basis of which basic characters, their dialogues, and their actions will be decided.
4. Storyboarding
This is an essential step in which the script is translated into visuals using enhanced 3D animations.
5. Animatics
Animatic is a storyboard with sound and visuals. This is an exact representation of the movement and timing.

1. 3D layout
This is the layout of the 3D animation. This includes the final representation of the 3D model in shape and size. It could help convey the story visually and meaningfully.
2. 3D modelling
After the layout, the 3D characters and environment are then modeled. This is actually a surface representation of all the objects that will be included in the 3D animation.
3. 3D texturing
This step involves adding designs and texture to the 3D model which was colorless until now.
4. 3D rigging
Rigging is an advanced and important process of 3D animation. This involves adding control to the digital model.
5. VFX in 3D
This is a refined process of adding visual effects to the 3D pictures. In this process, fine details of the characters are added and this includes hair, fur, cloths, dust, fire, etc.
6. Lightning
This is an important element of any animated movie. In this, it is decided how much light is to be placed on which element in a 3D animation. Perfect lighting in 3D can help provide a substantial impact.
7. Rendering
This is the process of defining the stored three-dimensional data in a virtual 3D scene. This may require software to create amazing 3D animation.

1. Compositing
This is a process that involves adding an additional layer to define a perfect composition of an animated video. This includes adding additional adjustments to images and layers.
2. 2D VFX
Some of the essential elements of 3D designs are to be created in 2D visual effects. This deals with those animations that are complex and require special attention and effort.
3. Color correction
After the complete animation is achieved there is always a scope of color correction. This involves color adjustment to attain the desired look. This also includes the setting of contrast of different slides and images and adjustment of the colors to optimize the overall scene.

There are different techniques animators can use to design the perfect animated application. Whatever technique is used; the main aim of the animator is to design a perfect animation program that is visually rich and appealing for viewers. Some of the techniques used by 3D modelers in animations are:

The benefit of adding 3D modelling in animation

A perfect animated video is one that could show all the aspects in an interesting manner. This is possible with efficient features of 3D modelling. 3D modelling helps add three-dimensional visuals to any presentation where objects can perform actions just like the real world. The detailed animated video must have smart features of three-dimensional models. 3D modelling is quite beneficial for animation because it can enhance the final visuals of the presentation.

Some of the benefits of 3D modelling for animation are:

Prototyping can be difficult to create and also involve huge costs, but with 3D modelling it gets easy. This includes processes such as the setting of geometry, kinematics, etc. When 3D modelling is used in a virtual platform, it can reduce the overall costs and production time. 3D modelling also eliminates the need for repetition of steps that may be alike in several animation projects.

3D modelling is an enhanced technology that helps detect and eliminate engineering defects and technical glitches if any exist. It is true that if these flaws are not detected at the right phase, it is to be corrected later, which may involve huge costs, and thus mechanical 3D modelling helps find these flaws and modify them to reduce the overall costs of correction at the right time.

3D modelling helps simplify the complex process of demonstration and makes it interesting. It makes the presentation appealing and attractive, which can attract investors to invest in your project because they can easily get convinced that the final presentation will be successful.

It can help represent animation in an attractive manner in front of customers and viewers. The 3D modelling helps incorporate amazing visual elements of animation that can ensure an enhanced quality of the videos. It provides just the right mechanism that could help add beauty to the final product.

3D modelling not only helps add amazing features easily, but also reduces the probability of faults. It makes it easy to detect flaws and thus reduces the costs of correction. This can help reduce the overall costs of animated projects. 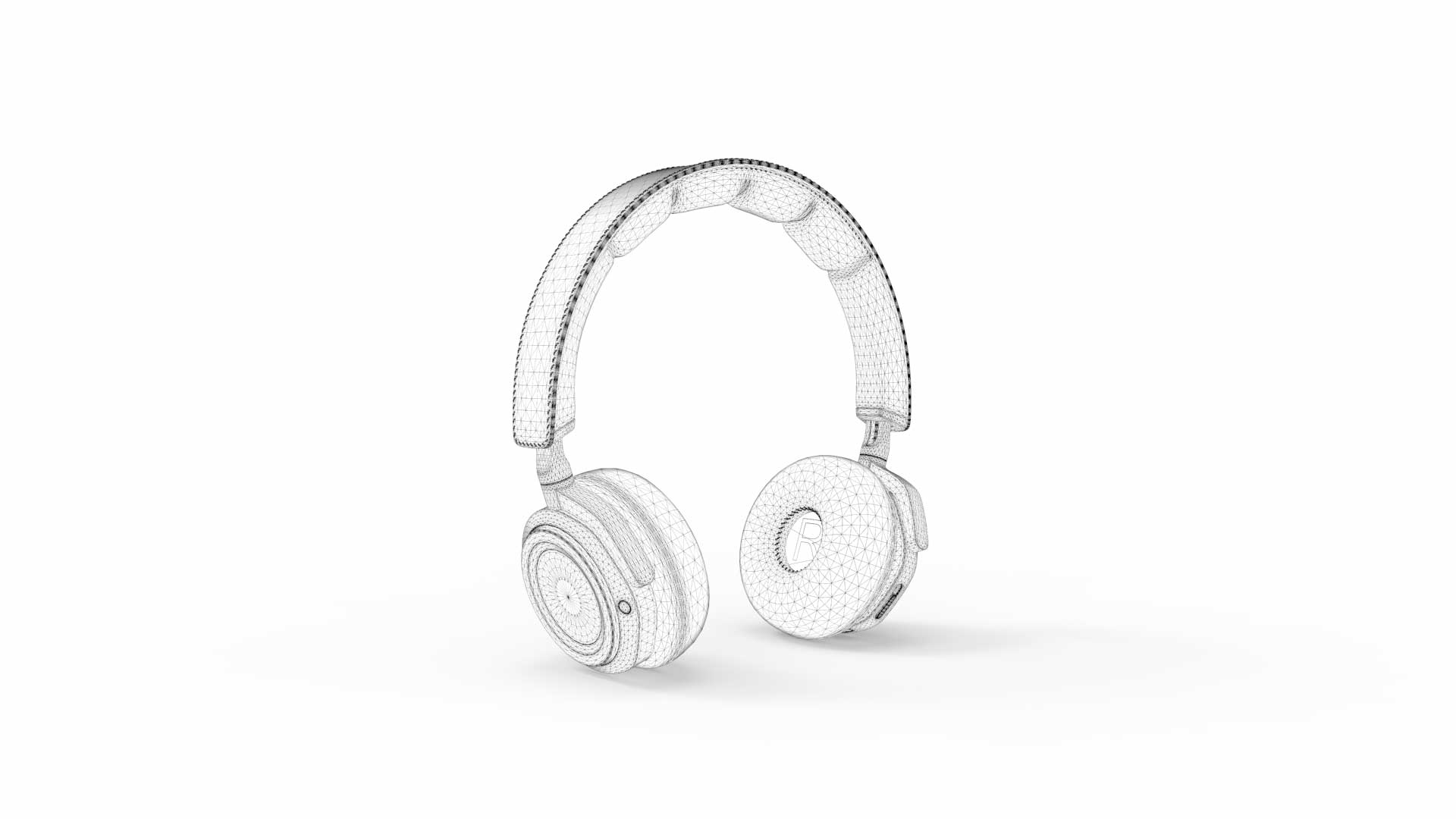 Some of the 3D modelling software used in animation

Animation that seems to be realistic includes a tough and tedious process. The expert professional designs a single animated application after months of hard work and dedicated efforts. To make their work easy, various 3D modelling software is available. This software brings the necessary tools and features to create wonderful animated applications. Some of this software are:

3D modelling when incorporated with animation can create wonders and this can be proved by several successful projects that exist today. 3D modelling and animation must go hand-in-hand to provide amazing animated applications to viewers. Today viewers demand amazing digital applications and this is easy when 3D modelling is added to the animation.

The benefits of 3D modelling have already been felt by the animators and this is the reason why it is widely used in various 3D animation projects. 3D modelling in animation has surely changed the way professionals develop animation projects and this is the obvious reason why it is widely used today. It can effectively change the way objects can be represented by adding required movement and actions just like the real world. When 3D modelling is implemented in animation it could help create realistic animation visuals that can attract viewers in all ways.