Augmented reality is already outpacing virtual reality in terms of adoption, with enterprises leading the way, particularly in the healthcare, education, retail, and gaming sectors. Companies that deal with augmented reality technology, products, and services are known as augmented reality companies. Moreover, AR technology allows users to superimpose digital content such as images, sounds, and text on top of real-world scenes.

Here we discuss and compare the top Augmented Reality developers in the industry; these are some of the best AR Companies: 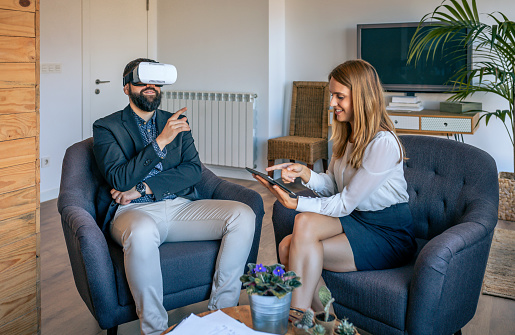 Scanta VA Security system, for example, defends virtual assistant chatbots against machine learning attacks. Moreover, it has worked with companies like Google and Apple to create AR emojis for their products, establishing some of their benchmark projects in the process. AR Emojis were used to incorporate AR characters into video production and distribution. It was the world’s first AR Emoji app, allowing users to communicate with one another while expressing their emotions and exploring the world of augmented reality with Pikamojis using unique avatars. Their 3D avatars can be found in the Unity store as well.

The business is an AR studio that creates cutting-edge AR experiences. It even made an AR Face Painting beauty app that won the Elevate Awards in 2017 and ranked first. Besides, other awards include the Best Use of a Single Technology award from the Experience Design & Technology Awards in 2016. This is one of the AR companies that has worked with well-known brands, such as Audi, LG, Allstate, Mazda, and Intel, to create AR experiences.

4Experience is a virtual and augmented reality company based in Poland that creates apps, games, and AR and VR experiences for other businesses and individuals. It was first released in 2014. Education, e-commerce, health, entertainment, marketing, training, manufacturing, travel and tourism, medicine, history, retail, and transportation are among the industries in which 4Experience develops AR and VR apps.

They’ve created diabetes, AR app, an interactive AR map, augmented routes, an AR brochure, and AR travel catalogs, among other things. It has over 100 AR and VR projects in its portfolio, with Ford, Cisco, Omron, and Walmart among its clients.

CitrusBits specializes in creating mobile apps and UI/UX for Android, iOS, and other platforms. It has created over 300 apps for various customers so far. They also create virtual and augmented reality apps and experiences for businesses and groups, AI IoT, and blockchain apps. They are among their clients: Burger King, Quiksilver, Symantec, Sotheby’s, IrisVision, Leefco, and Jobflare. 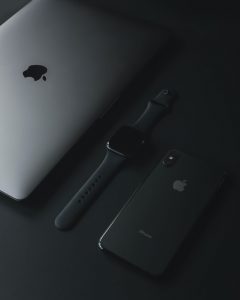 Apple‘s ARKit SDK support automatic real-time occlusion, real-time motion capture, RealityKit, and Reality Composer on iOS devices. Moreover, WebAR experiences also integrate with the Safari browser. Mobile phones, computers, AI, IoT, and AR & VR are among the technology, products, services, and platforms that the company manufactures and sells. In augmented reality, the company now has one of the largest AR platforms in the world, called ARKit, which is used to create AR apps and experiences for mobile phones and devices. Apple creates and sells technology and services to both individuals and businesses. 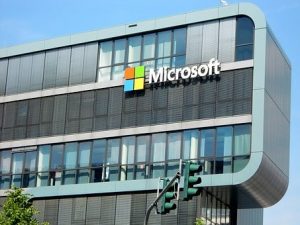 This company produces the HoloLens augmented reality headset. Here, HoloLens 2 is the most recent version, and HoloLens 3 is on the way. Additionally, Holographic displays and software for PCs and mobile devices and AR accessories like hand controllers are among the other products and software. On the Microsoft app store, they also support AR experiences, games, and apps. Therefore, Microsoft creates computers that support augmented reality (AR) technology and add-ons, the HoloLens AR headset, AR experiences on the Microsoft Store, and AR accessories.

VR Vision Inc. is a Toronto-based firm’s cutting-edge VR and AR services place it among the best AR firms. It was established in 2016. Additionally, in AR and VR app development, the company specializes in 360-degree video production, web, and mobile app development. They do create training, health care, education, and other types of experiences and applications. Shoes for Crews, Avagrid Renewables, IEP Technologies, PMA Canada, and others are their clients.

Groove Jones is an AR/VR/MR company and the technology studio is a Magic Leap, Microsoft HoloLens, Facebook Spark AR, and Snapchat Lens Studio approved development partner and a Mobile App development for Apple ARKit and Google’s ARCore. Among the projects is the creation of an ARKit-based Toyota TRD Pro AR app. Attendees at auto shows can approach viewers with iPad Pros positioned around the vehicle to learn about the vehicle’s features using the app. Moreover, another option is Amazon’s New Year, the New You augmented reality app. Amazon, FX, AT&T, MasterCard, Samsung, Toyota, Lexus, and McDonald’s are among the companies for which the firm has worked.

The majority of AR businesses have involvement in content creation and branding. Besides, we expect AR to become more prevalent in 2021. Thanks to the proliferation of mobile-based AR and lower prices for mobile devices that support AR experiences. If you’re working with an AR company or want to work with one, make sure it specializes in your field. Moreover, it should also have a lot of experience. Therefore, companies on our list are some of the most ideas. They have worked with well-known brands. That is why we recommend these if you’re looking for an AR manufacturing, branding, or marketing partner.