In today’s world, being a 3D artist requires great knowledge in the field of 3D technology and the use cases of architectural ideas for the production of innovative virtual content before its application in the real world.

To carry out the entire process efficiently and without having to face major hiccups, having experience in rendering software and how they function is very important. There are a lot of high-end rendering tools which are available for you to create stunning and creative content to jumpstart your 3D rendering career. 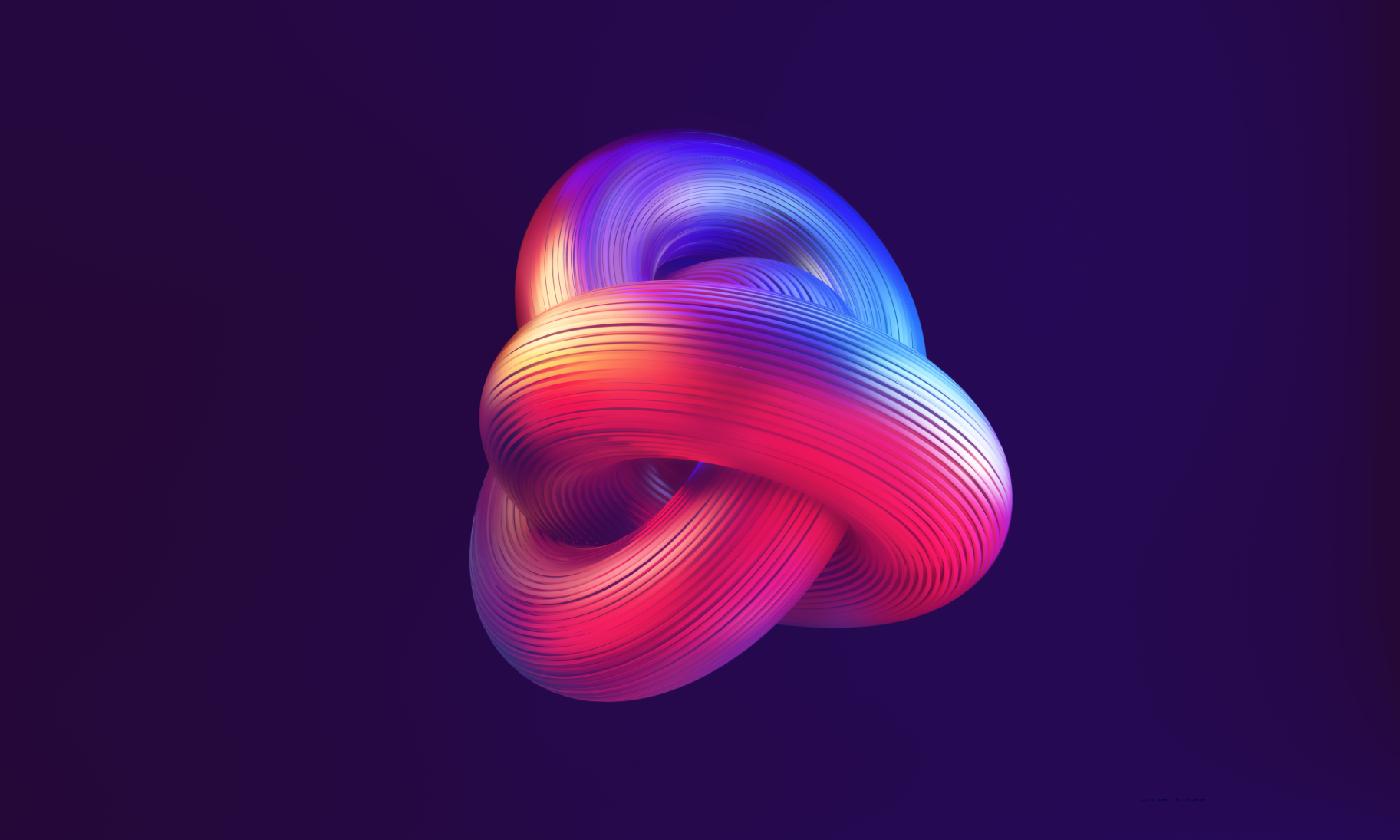 Have you been wondering what exactly 3D rendering is and how it functions? It has been around for a very long time and has undergone gradual but effective upgrading. 3D rendering is everywhere, from animated cartoons, magazines, to social media.

But what exactly is 3D rendering?

In simple terms, it is the process by which you can turn information from a 3D model into a 2D image, may it be an animated picture or a realistic one.

3D rendering is a complex process and requires the work to be done with much accuracy to get good results. Hence, 3D rendering requires a lot of resources and proper equipment in hand to get the best results. It requires a blend of technology and resource software along with skills and strategies.

There are a few steps that need to be followed to carry out the complex process of 3D rendering:

1. 3D Modelling: the object which needs to be rendered is represented with a digital model or mathematical expression which represents the surface area of the object which is being rendered. This can be done with the use of rendering software. There are two sub-steps here:

a. Lighting – the software uses the algorithm of the object to enhance the natural or artificial lighting around the object.

b. Texturing – the texture of the object is replicated in the rendered image by the software to make the image look more realistic or animated.

2. Rendering: the object is now being rendered to a high-resolution image which can be integrated into a wide visual image.

3. Refining: refining refers to giving the final touches to the image to give the image its perfect texture, lighting, clarity, and editing the image accordingly.

Once the entire rendering process is done, the final 3D image is formed which can be used wherever required. Generally, 3D rendering is a complex process that may be time-consuming, but the time taken to render an image depends on your skills and the results which you expect.

CGI or Computer Generated Imagery is a well-known term used in the field of graphic designing and is an important tool used in that area. If you are wondering about how CGI is used in the world of graphics and for creating artistic content, printed media, computer animations, video games, VFX, commercials, videos, and whatnot, then all your questions will be answered here.

Graphic designers initially need to make the graphics for which they need to be very attentive to the lighting, texture, and all other essential details contributing to creating the best quality image.

CGI is specifically used in the field of 3D computer graphics and aims to create images that look extremely realistic. This innovative technology allows an individual to create an entire content without needing the help of any other actors or those expensive sets and costumes and props which are generally used to make a film or even any video. The invention of CGI has also led to the production of more realistic-looking video games which are being loved by all. 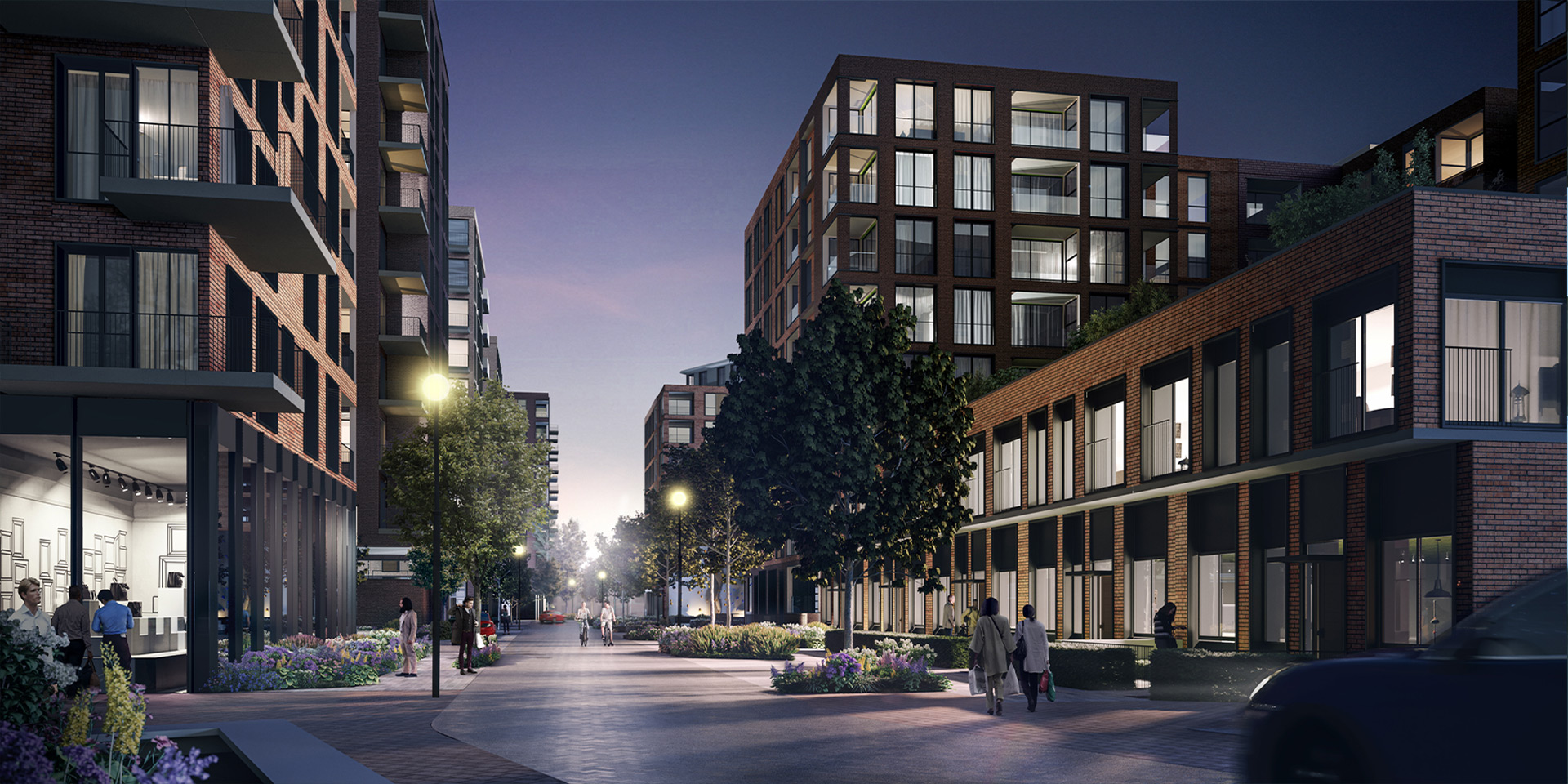 Architecture is the art of designing any physical structures or monuments which has their roots from a very simple and basic level of town planning. Architecture is something that brings out the authenticity of any particular place and makes it an impactful space.

Architecture plays an important role in the formation of all sorts of images, videos, movies, or even video games. Without any architectural background, any image will look incomplete and extremely boring, and uninteresting. Thus, the use of architecture is extremely important when it comes to creating any graphic content.

Creating attractive architecture is extremely important to add to the positive qualities of the image or video that is created. Any virtual or imaginary world which is being created by a graphic designer is always built around an architecture that is a sight to remember by the audience. Cinema architecture has since then been recognized and included with great regard when making a film. 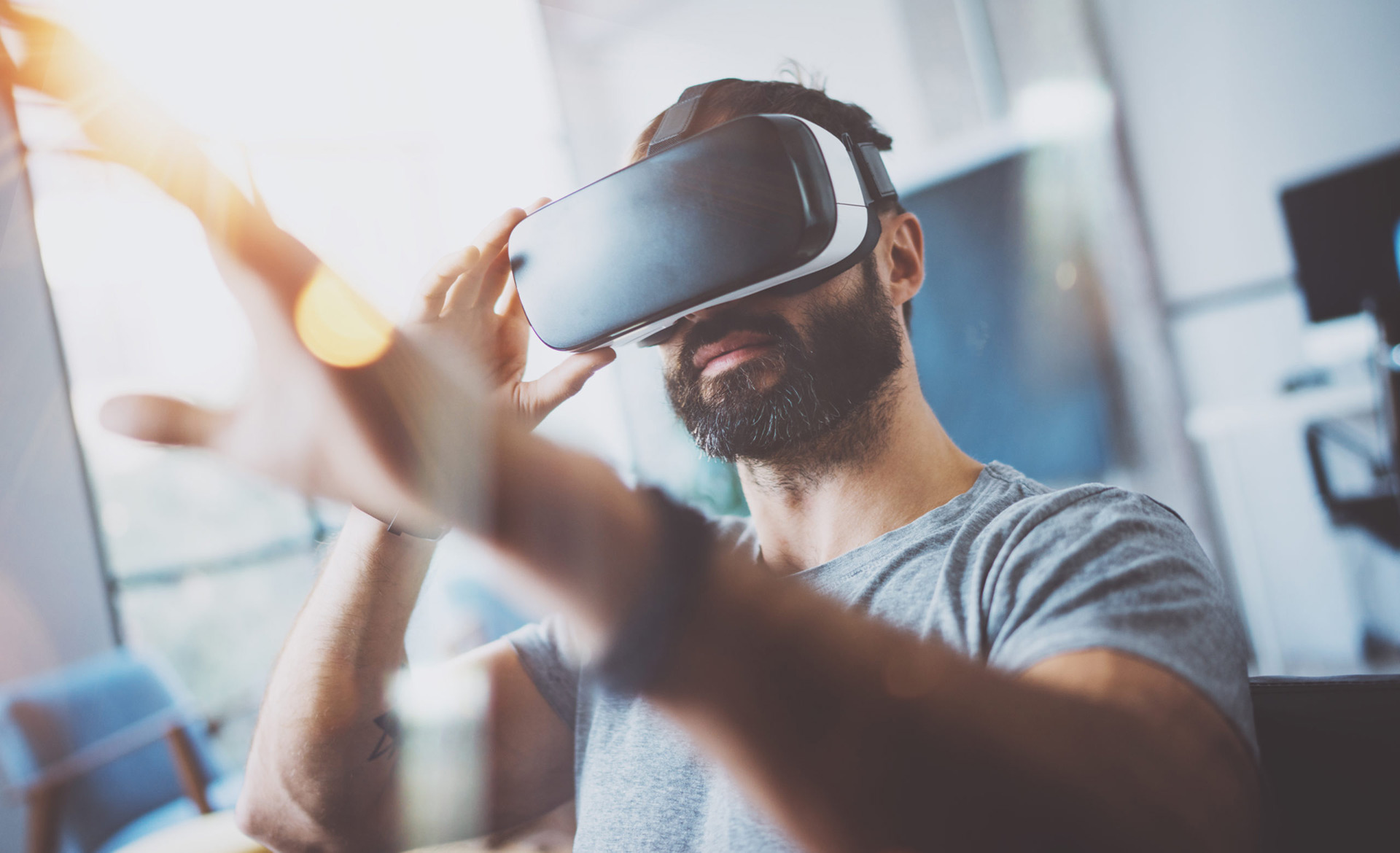 Virtual reality, which is commonly called VR, is a computer-generated system that allows a person to get involved in an interactive process with an artificial 3D creation with the help of several devices and equipment. In general, compatible electronic devices, specialized 3D goggles, gloves, and so on are used to deal with virtual reality.

These types of equipment contain sensors that allow the stimulation of this artificial environment to create a realistic feeling and experience for the user.

Visual reality is not limited to an electronic device with a screen and some 3D equipment like 3D glasses, but it also extends to appropriate lighting and sound effects to make the VR appear real to us.

With gradual but considerable advancement in technology, the effects of VR have truly enhanced to give the users a better and more realistic experience. This means that virtual reality is not merely limited to watching a 3D movie and having a reality-like experience but now extends to give the users the opportunity of playing such video games which makes you, as a player, feel like you are present right inside the gaming environment.

But how does this virtual reality work? To understand that, you must know that VR is divided into 3 types: non-immersive, semi-immersive, and fully immersive simulation techniques.

Non-immersive VR is not considered a part of the VR category as they allow the user to be aware of reality.

A semi-immersive one on the other hand provides a partially virtual environment but still allows them to be aware of reality. This can be controlled by the virtual reality depth. The higher this VR depth, the more immersive the feeling.

Thus, a fully immersive stimulation has a high level of virtual reality depth. It overall stimulated the individual with all the light and sound effects along with the virtual effects and makes him get immersed in the VR environment.

Certain prerequisite frames, beginning with a minimum of 60fps and possessing an equally competent refresh rate with a minimum 100-degree field of view are set at a rate suitable for the GPU to process the visual content in a way that the lighting and sound effects add into the reality-like experience. 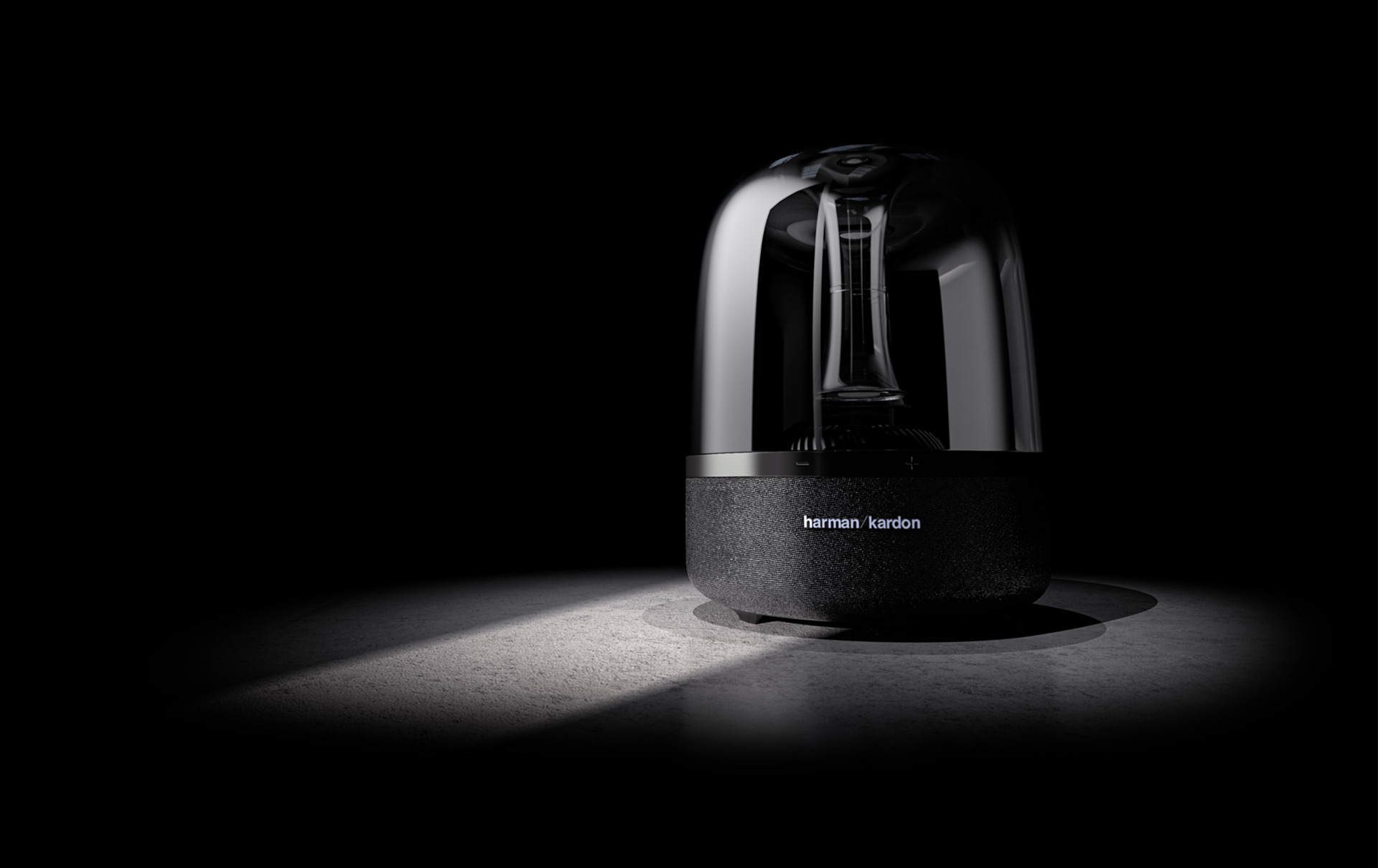 The world of 3D animation uses computer graphics in such a way that the visual objects created appear to be moving in and around a 3-dimensional space.

These objects are created by the 3D animators with the help of some 3D modelling software to create the object as well as add the appropriate lighting and sound effects as well as the use of proper graphics and editing to allow the visual image to look very real.

3D animators are the ones who have to take great care while creating the characters as well as objects they need to give them a proper weight, height, shape, and overall appearance along with the inclusion of proper movements that need to be made by the animated characters.

The entire process of 3D animation consists of the 3D animator firstly using a 3D modelling software for creating all the required animated characters and objects which are to be added to the visual content being created. Then, a rigging process is followed which includes the visual representation of the skeletal structure of the characters being used to give it a proper body structure as well as movements.

The advancement of technology has now evolved to involve a motion capture process that allows recording the live body movements of the actor and then inculcating it in the 3D animated content. 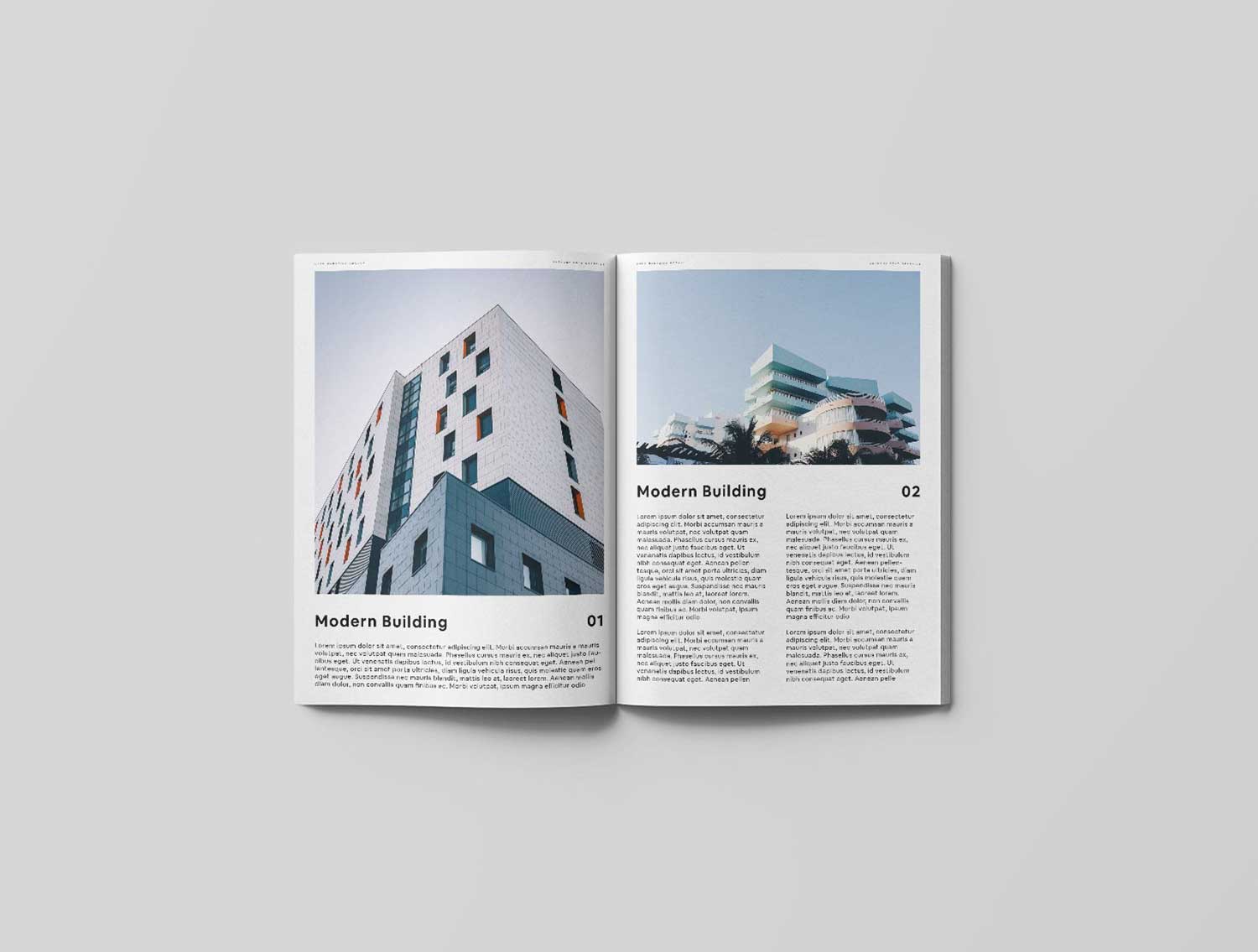 Once the content which you were working on has been created, you need to advertise it and spread it to the target audience so that the existence of your work reaches them. This means that the advertising of projects is extremely important to allow your content to reach the target audience.

But what exactly is advertising? Well, advertising is simply a marketing strategy that is used to add to the promotion of a product or service so that it can attract the target audience and yield the appropriate response.

The concept of advertising sounds very interesting, but this process requires you to put in a lot of effort. Before thinking about project advertising, be sure to know the different types and forms of advertising.

This means that advertising projects can be done in several forms which include following several different mediums like advertising on social media, newspaper, magazines, ads in several videos or apps, and several other advertising sources.

There are 4 basic types of advertising projects: 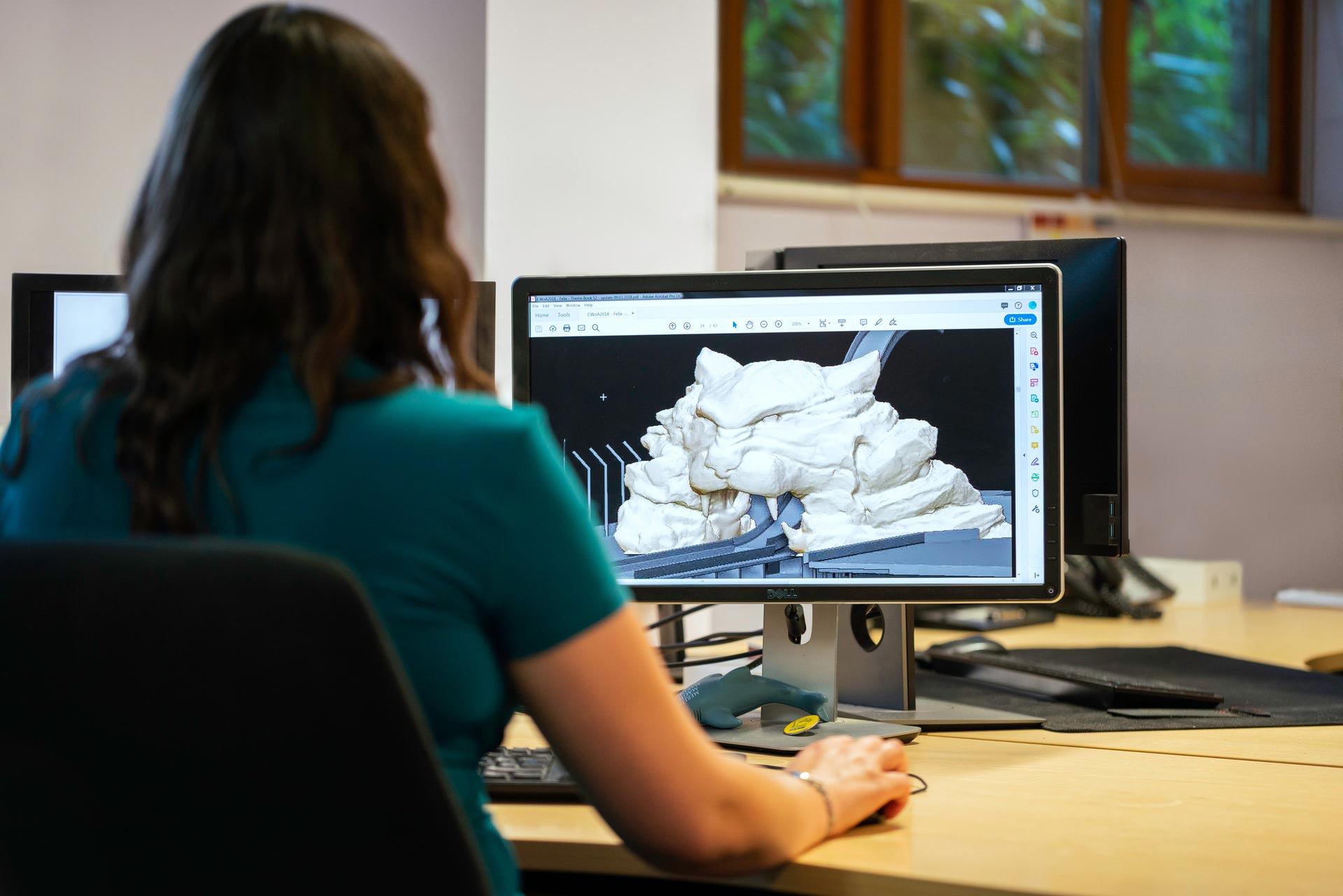 Thus, it can be seen that 3D rendering is a widespread business that requires a lot of skills, knowledge, time, and effort. It is a vast field that needs to follow a proper step-by-step procedure and has a variety of business opportunities too. Many variations and evolutions of technologies have led to the development and advancement in the field of the 3D rendering business. Thus, deriving knowledge about the world of 3D rendering is what adds to the potential of your business in the future.