3D modelling refers to the usage of computers in creating graphics and images that appear to have 3 dimensions. The creation of 3D models involves the process of connecting sets of points with lines, curved or angled surfaces, and different geometric data and creating wireframe models.

Drawing and animation require a lot of imagination and creativity, similarly, 3D modelling also needs innovation and imagination to create virtual worlds and characters that stand out. You need to give a lot of attention to detail so that your work displays class and elegance and is the best in quality always.

To be into 3D modelling, one needs to be familiar with computer coding, and scripting languages too. Applications like Autodesk Maya and 3ds Max are used to create 3D models. These 3D software programs are not the easiest to learn. They need some good computer knowledge and interest in the subject to pursue further. However with the ease of accessibility to home hardware and so many resources around us to learn from, people are more and more becoming interested in animation and hence, its popularity is constantly on the rise.

History of 3D modelling and animation

It may come as a surprise, but the history of 3D modelling is quite old. It went through a lot of developments in the nebulous theory range to better the user experience. Each of the stages contributed a lot to the 3D technology that we experience today.

It is believed, 3D modelling existed way before computers were invented. The mathematical concepts behind 3D geometry gave rise to 3D modelling. Euclid, also known as the father of geometry, contributed to the basic concepts of 3D modelling back in the 3rd century BC, and later, Rene Descartes invented coordinate geometry in the 1600s that took us another step ahead and helped in tracking locations and distance. Afterwards, the invention of matrix mathematics in the 18th century led to the discovery of light distortions or reflections, and today we see its usage in every computer-generated image.

3D modelling leapt into the commercial field with the discovery of CAD or Computer-Aided Design systems in the 1960s but the biggest breakthrough came with the invention of the Sketchpad. In 1963, Ivan Sutherland created this revolutionary interface, also called “Robot Draftsman”, which led to a new way of using computers by designers and artists.

General Motors and IBM created the DAC-1, Design Augmented Computer in the same year and used it for a decade in speeding up the car production overflow. The work that could have taken a lifetime on drawing boards was reduced down to a minimum time with the help of 3D modelling software.

By the end of the decade, Ivan Sutherland and David Evans together opened a 3D graphics company that produced hardware to run the systems and also the software, their success inspired other companies to enter the market and work developing on the profit.

By this time, many new companies entered the field and were offering 3D modelling software. Around this time, ADAM, a CAD system was released. It worked on many different machines at the same time and thus it created havoc in the market. Companies like MAGI continued their trial of creating new demands of CAD in the market and at the same time, universities started performing research to discover newer and efficient ways of visualising 3D models.

At the University of Utah, Gouraud and Phong discovered a new method of shading 3D models. It sped up the process of algorithms and rendering files and created better and more efficient results in light, shading, and reflection.

In 1981, IBM released their first PC and it boosted the use of CAD not only in the aerospace and automotive industry but also in the engineering field. UNIX workstations further made it easier to access and use with its cheaper cost, high productivity, and less maintenance. The 2D system Autocad was released in 1983. It became a significant move in the history of 3D modelling as it was more functional and 80% cheaper than the existing CAD systems.

By this type, the use of CAD software was at its height and its limit was getting tested regularly. It became easier to access the programs and hardware at a cheaper cost which allowed companies, freelancers, and hobbyists in creating 3D models. Constant changes were made to the software, IGES was replaced with STEP which made the file reliable and upgrades like AutoCAD and Solidworks made the software further pocket-friendly.

3D printing witnessed new dimensions with the invention of stereolithography or SLA. It refers to the process of producing parts in a layer after layer manner. The machine used photopolymers to produce the parts. When a UV laser hits the material, it turns into plastic. In the same year, another machine using powder instead of liquid to produce parts was released and called selective laser sintering or SLS.

After this, a lot of experimenting went into play to find the possible outcomes. In the year 1999, the first 3D printed organ, a synthetic bladder was transplanted in a human. After that, a lot of organs and prosthetics started getting 3D printed. As time passed by, discoveries kept taking place. In the year 2005, RepRap, an open-source project was funded by the web and later Kickstarter also funded many 3D printing projects.

How 3D Modelling and Animation have transformed our world?

3D modelling uniquely incorporates imagination and creativity. It has made significant contributions in the field of game development, animation, and a lot of other ones. Let us see how? 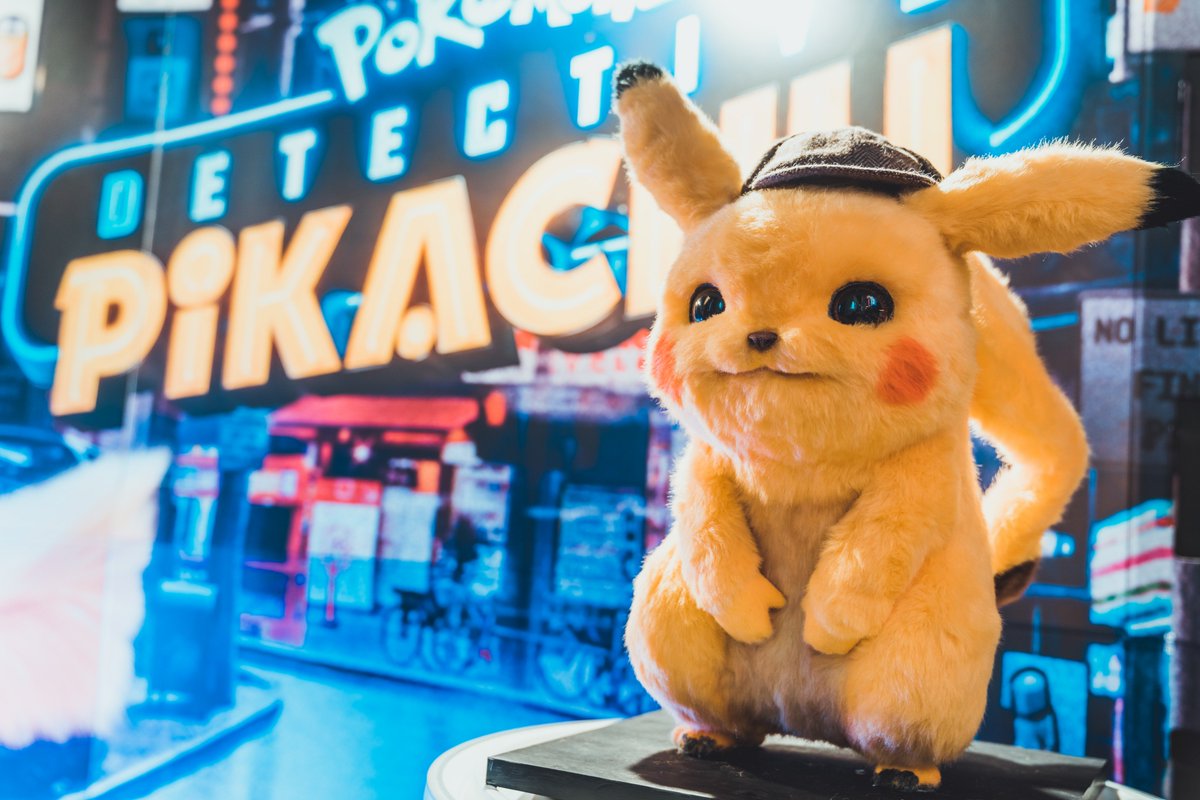 Time and often, through different animated movies we have noticed how amazing 3D art can look on the screens. Pixar has set distinctive examples through its beautiful animations. Today, 3D modelling is also compiled with traditional cinematic techniques to fill the gaps often left by traditional effects. Modern gaming visuals heavily rely on 3D modelling. It usually revolves around certain constraints. In gaming development, the person needs to possess both creative aptitude and technical skills. The shapes need to be perfectly made while keeping the geometry minimal. The artists need to understand the limiting power of the hardware.

3D printing has led to a revolution in the market. It has moved out from the shops and has made itself comfortable in the interiors and household. Tools used for 3D printing have evolved over the years and become more user-friendly. With specialised software and compatible 3D printers, prosthetics, home repair items and different parts can be easily printed. This discovery has led to an explosion in the market and will see rapid growth in the upcoming days. 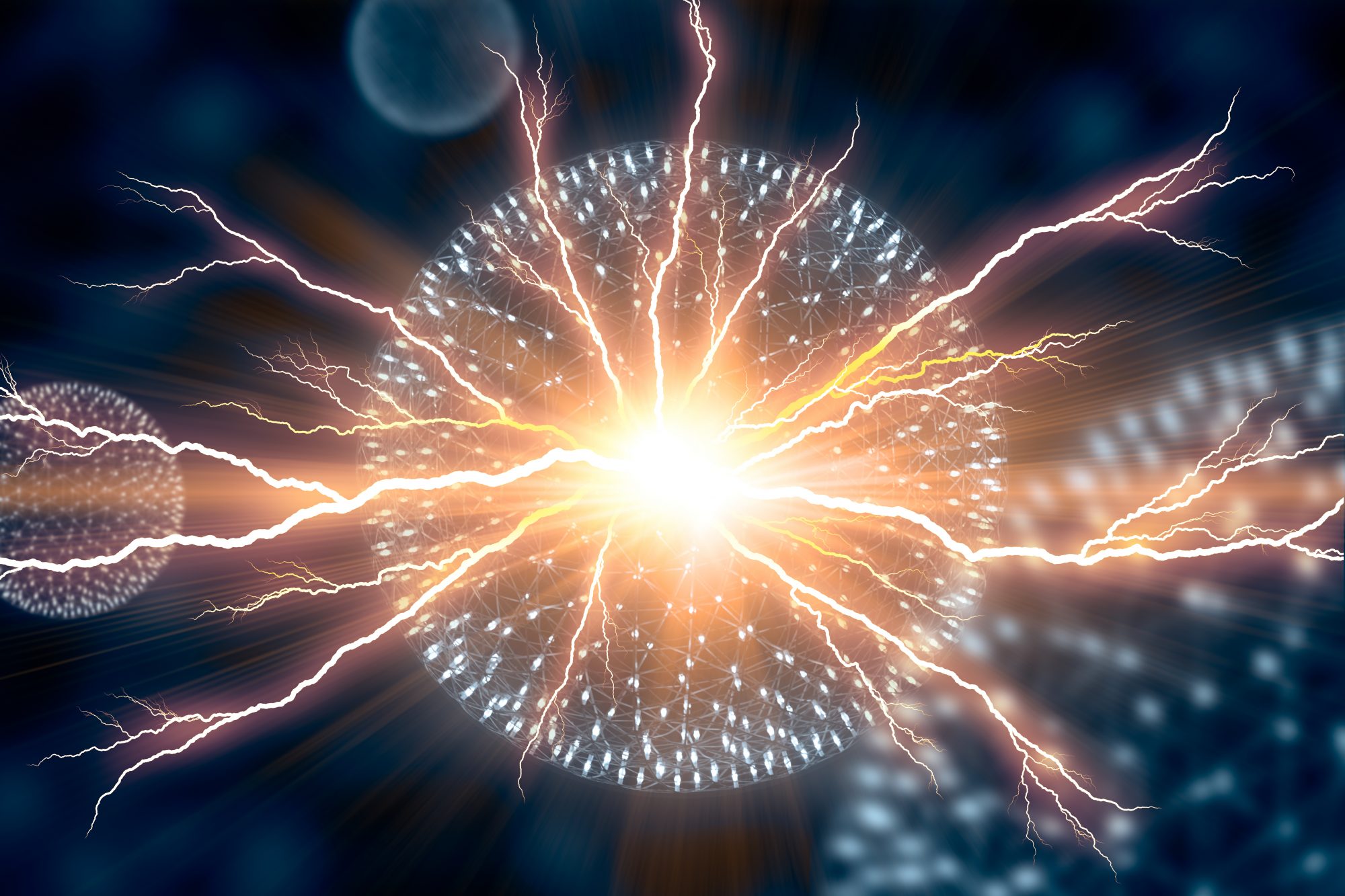 Modern 3d modelling combined with advanced physics helps in simulating complex situations which have helped in improving car crash simulations, fluid and gas flow, aerodynamic visualisation, and fire spreading simulations. It has allowed us to preview the results of many simulations without actually having to face it. This has resulted in saving a lot of money. 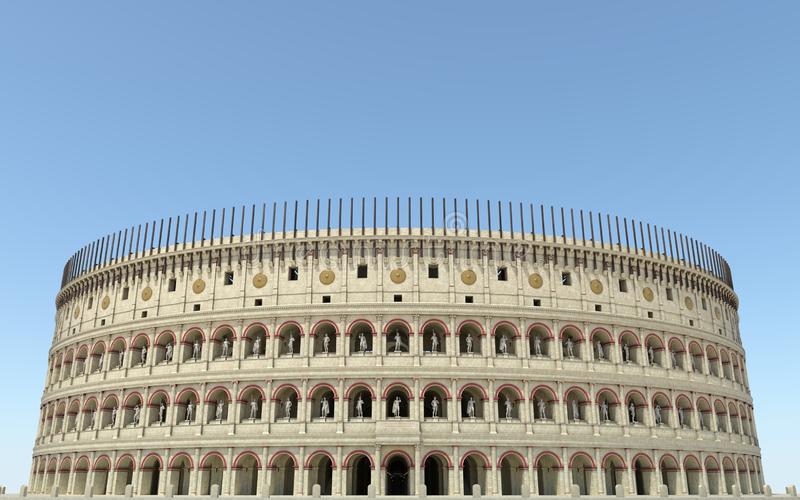 Professionals and archaeologists who work on partly destroyed or damaged objects are huge acceptors of 3D modelling. It helps them in reconstructing the models of ancient objects and bringing those works to life. However, it requires adept knowledge of antique methods apart from 3d modelling. Having the right set of skills can take you a long way in this field. 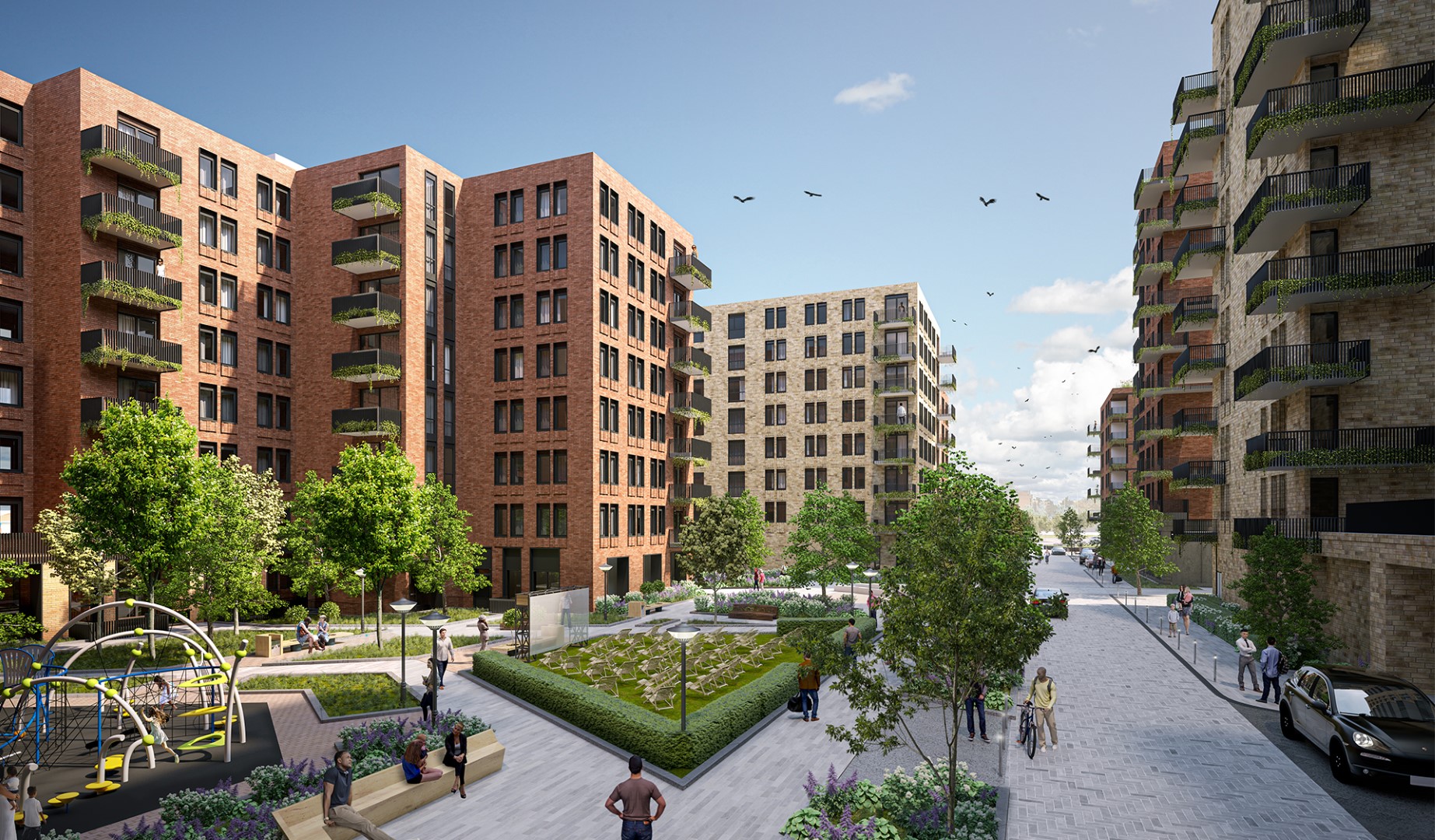 3D modelling helps in creating 3d models of buildings by reusing different components of several buildings with a mix and match. You can easily change designs, textures, and lighting and get different perspectives of the model. 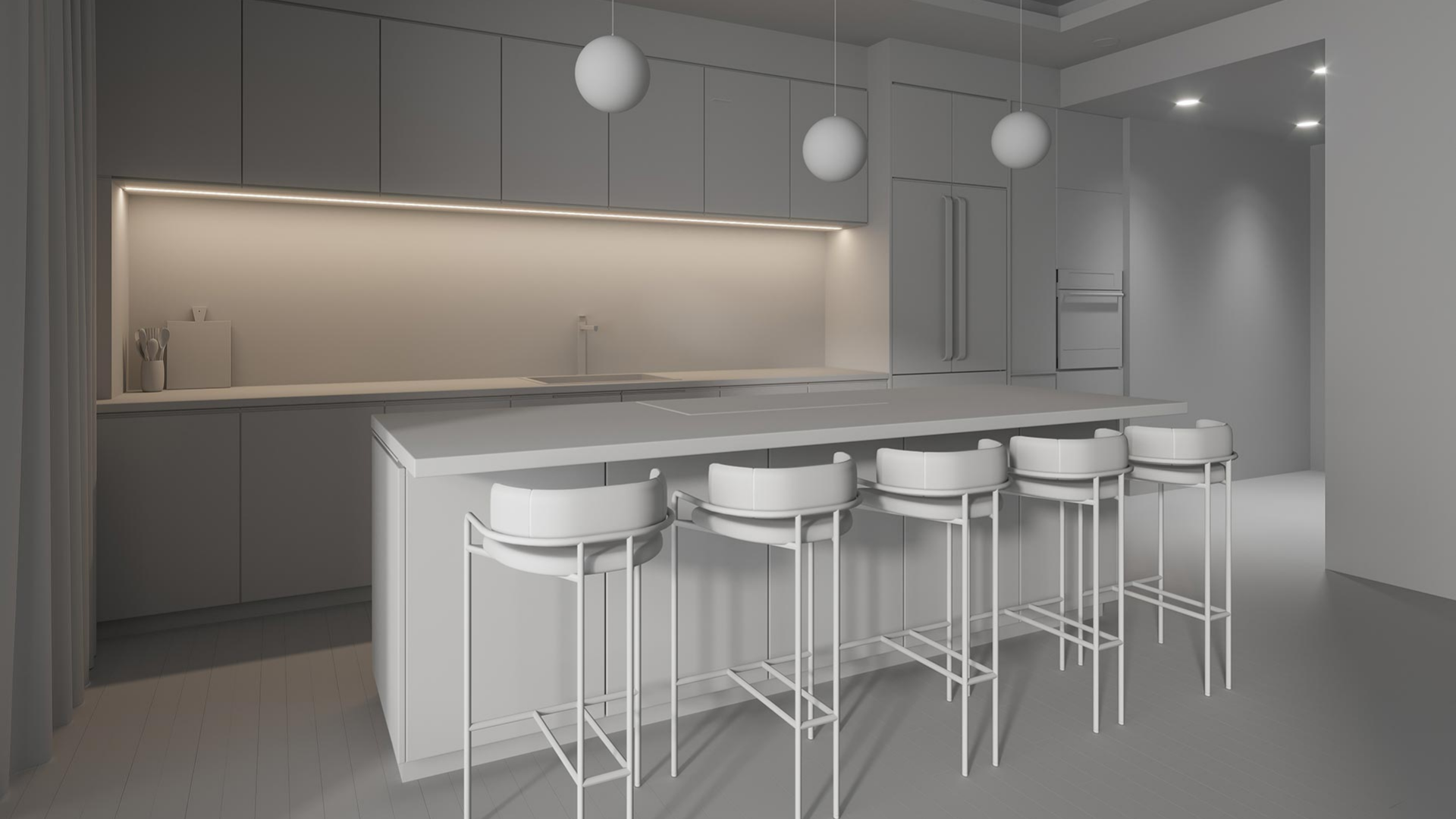 Why depend on 3D Modelling and Animation?

3D has a bigger role than simple entertainment in the industry. It is used by businessmen, engineers, and architects to solve their work problems as well. Let’s find out why 3D modelling is so important.

How 3D Modelling Impacts the Future of Industries?

Virtual reality is an alternate universe where we can live our fantasies and be a part of the unbelievable. Virtual reality has been boggling up our minds and is indeed a hot topic now. While 3D modelling is still in the prototype stage, it is going to be an entirely different game compared to VR.

VRTX is an amalgamation of 3D modelling and virtual reality. It is being developed by Austrian developers Blackish. They got the inspiration from the idea that it would be advantageous for developers of VR experiences to create modelling within the same place. They, later on, plan to incorporate UV mapping and texturing into the software. So far, 6 prototypes have been uploaded by them on Youtube and have shown great progress.

We all have experienced augmented reality to a certain extent through different applications like Snapchat, Pokemon Go, Nintendo’s 3D, makeup apps, Google Glass and a few others. It has more to offer to us in the future with advancements in 3D modelling technology.

So far, we have been able to 3D print prosthetics and body parts to improve our lives. However, it is still not possible to print medicines and customise them with dosage according to patients’ requirements. However, it is expected to be developed in the near future.

What if we could 3D print heavy and space-consuming materials instead of carrying them to places? Earth has limited resources and if we become able to 3D print, we will easily be able to colonise another planet and increase our extent of life to another planet.

Video games have been completely revolutionised with the introduction of VR and 3D modelling. Viewing and interacting with 3D structures can act as a therapy for people suffering from post-traumatic stress disorder; however, it can have an opposite effect as well. People can develop dilemmas and medical risks due to VR horror.

Virtual reality will help us in interacting with 3D objects in a completely 3D virtual world. 3D modelling helps us in creating objects that can be viewed from three separate angles.